When the secret chambers of the revered temple of Nachiyarpuram were finally opened after more than two decades, the residents of the city were surprised to find that it contained nothing worthy. But since then, a string of mysterious events start to happen in the peaceful city, resulting in deaths. A mysterious event almost took Jyothi`s life too. When she joins forces with Ravi to investigate the strange going-ons, she is shocked to discover that it may be her late mother`s spirit that has possessed Saravanan, her admirer. And that opening the temple`s chambers has unleased the Ghosts. This third instalment of the "Aranmanai" film series is directed by Sundar C, starring Sundar himself, Arya, Raashi Khanna, Andrea Jeremiah, Yogi Babu and Vivek. The cinematography is by U.K. Senthil Kumar with music by C.Sathya.
Genre:
Thriller
Runtime:
156 mins
Play Trailer 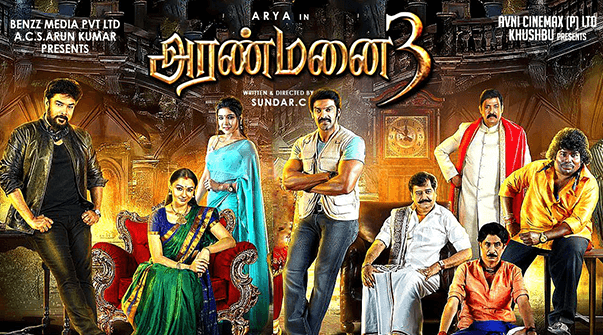